The Arrival of Smidge and Smudge

Katie and I are happy to announce the (very early) arrival of our twins yesterday. We haven’t decided on names yet, so they are currently referred to by their bump nicknames – Smidge and Smudge. The twins weren’t due until March 5th, meaning they’ve arrived at 26 weeks and 2 days, and are currently in Neonatal Intensive Care Unit.

Katie woke up at five past midnight on the morning of Wednesday 30th November 2011 with an issue. Having played badminton that evening, I’d avoided going to the pub, and come home to do some late night work instead – I hadn’t gone to bed yet. Concerned, we rang NHS Direct, and they said to ring the Delivery Suite of our hospital. We did so, and they said to come on in, and bring a bag of essentials for an overnight stay or two.

We went to the hospital, and having checked her over, they confirmed that one of the waters had broken. At this point, there were no contractions or any pain, only a minor cramp, so they were hopeful that it would settle down over the next few days, and that the babies wouldn’t be born – with antibiotics to stave off any infection (greatly increased now the protective amniotic waters had gone), it’s possible to continue carrying for another 2-10 weeks.

As a precaution though, since we were at 26 weeks, and the lowest age that Basingstoke hospital can support is 28 weeks, they rang around and said Katie would be transferred by ambulance to another hospital, potentially anywhere in the country. As it turned out, Southampton could take us, which is only 30 minutes away.

I went back home five minutes away and picked up a few more supplies that we hadn’t got when we’d rushed out three hours earlier – we’d not accounted for the possibility of us being transferred away. First though, I had to get out of the hospital car park, and since the solitary ticket machine was out of order, and it had just gone 3am in the morning, I wasn’t in the mood to be running around the hospital grounds in the dark to go and retrieve a ticket from a man in another part of the hospital. Needs must, and I got home, grabbed the bits, nearly choked on a rich tea biscuit or three and headed back to the hospital.

Just after 03:40am, Katie was taken in the back of an ambulance which then turned on it’s blue lights and headed for Southampton, driving at 100mph on a deserted M3 motorway, and jumping several sets of red lights when it got close to the hospital. Any onlookers would likely report that they may have seen a silver Mondeo with a lone male driver doing exactly the same, just behind the aforementioned ambulance, and they’d be right. (Come on, if there’s ever a chance to have the excuse ready for any police who stop you to say that “I’m following that ambulance, in which my wife is about to give birth”, it’s was then).

At 04:10, Southampton hospital took Katie in, checked her over, and re-confirmed that her waters had broken. The cramps had got uncomfortably worse on the journey, but they weren’t appearing like normal contractions. Several injections (steriods to strengthen the babies’ lungs), tablets (antibiotics), cannulas (for later drips), and examinations later, they said Katie was starting to dilate, this was indeed labour, and the babies were on their way.

The next bit was the worse for me – over the next 1.5 hours, Katie went from 1cm dilated to fully (10cm) dilated, which is really quickly – it meant that the pain level during the contractions was increasing rapidly, and there was little that I could do other than hold her hand and encourage her. She had some gas and air (pain relief), although this just made her sick. Twice. Clearly the cramps were her form of contractions.

Around 7am and still dark outside, she was taken into theatre, where she was to be given a spinal (injection in the back, like an epidural, but different in some way that I’ve not determined yet) before proceeding the with a natural birth. As the onset of everything was so quick, there was no time for a spinal, so Katie proceeded to give birth, twice, with one of them breech (bottom down, instead of the more usual and preferred head-down) without any pain relief at all. I expected her to be screaming the room down, as she’s a wimp when it comes to pain, but she was a superstar, surpassing all expectations I’d honestly formed about her for this moment over the last 14 years, and she focussed all of her energy into pushing (as we’d seen on a TV documentary program called One Born Every Minute, about a labour ward in a hospital – having later seen one of the clearly recognisable Sister’s from the program, we later found out that OBEM was filmed at Southampton!).

The location of a theatre was just a precaution in case anything more drastic needed to be done, but it was still filled with 15+ people – there were two paediatric teams ready to look after the twins away as soon as their cords were cut, and several midwives, nurses, doctors, anaesthetists and likely other people looking after Katie. We had timed it to fall on the handover time too, so both night and day staff were there.

After much support, and lots of pushing from Katie (really, she was a star), the first baby arrived; Smidge, the boy, arrived at 07:22, and weighed just 1lb 10oz. At 08:10, Smudge, the girl, arrived, weighing 1lb 13oz. Her waters were still intact, so once she got down far enough, the membrane was popped (covering most of the staff standing at that end of the table, and several who weren’t) and used the force of it to send her the rest of the way – as she was breech though, Katie still had the head part to handle, but she did and I have the bruises on my hand that she was holding to prove it. It then took another 1.5 hours to sort Katie out – there was some blood loss, not life threatening, but more than the medical staff would have liked.

Fast forward to later in the afternoon, and we were able to go (with Katie wheeled around in her bed) to see the twins in the Neonatal unit – both in different rooms within the intensive care section. Both had survived the ordeal, and both were fighting strongly – over the next 39 hours (which is when this post was written), they had both come off their ventilator (which is an impressive achievement on its own to do it, considering their prematurity) and are hooked up to a CPAP machine which helps them to breathe themselves (rather than breathing for them, which is what the ventilator was doing). They are hooked up with various wires and lines, which is providing them nutrition and liquids, monitoring stats, and allow them to easily take more blood for tests. They are in incubators which is keeping them warm and toasty, which is also set to a humidity of ~70%, which keeps their underdeveloped skin from drying out. One has (and the other has just about) reached the limit for needing action against a chemical linked to jaundice, but this is something that happens with term babies too, so it’s nothing to be overly worried about.

Although they are small (head to bottom is about the length of my hand, and their foot is the length of the the last two knuckles of my little finger), they appear to all be developed in features and functionality (enough fingers, toes, ears and noses each, albeit at a tiny size), though of course it’s early days to be testing the sensory functions. We have been allowed to touch them in their incubators, and Katie seems to be having a calming effect on them already, which is a lovely feeling.

All of the medical staff at the Princess Anne Hospital in Southampton (and the few we met at Basingstoke for the brief time we were there) have been absolutely fantastic – it’s clear that they care for the mothers and babies in their charge, and I can’t rate them highly enough. The neonatal nurses are lovely, friendly, do an intense job and support the concerned parents as much as they do the welfare of the premature babies. I have complete confidence in what they are doing, and my emotional stand-off-ish during the pregnancy (expecting the worst) has now completely been turned around to not even contemplating the notion of major setbacks, and that’s all down to the staff.

Since the twins are so early, weigh so little (735g and 825g) and were ventilated, they met the criteria for a research study being done concerned with surfactant (the coating of the lungs that stops them collapsing – missing from premature babies so given to them as a treatment), and we’ve said we’re happy for the study to include the twins. There’s little impact on them physically (keep and analysing waste products that would normally have been discarded, taking one extra spot of blood when some is already being taken for clinical tests, etc.), and I believe we owe it to the people who allowed their babies to be studied 10-20 years ago, that now provides the basis of the treatment that our babies are now receiving, and pass it forwards to parents in another 5 years who could benefit from it.

I was able to stay the first night in hospital with Katie, but I’ve had to come home for tonight. We’re hoping that Katie will be released tomorrow as her blood pressure is back-up to normal, and her heart rate is back down where it should be. The twins however will almost certainly be in the neonatal unit (Southampton, or back in Basingstoke if they are strong enough to travel) until their expected term date – over 3 months away.

It’s going to be an exciting and stressful few months before they can even come home. I’ve not got that emotional bond yet (it will come in time), and as this is our first (and second) child, we haven’t got a “normal” pregnancy experience with which to compare our current events that might otherwise cause some parents to panic. We’ll allow for the 2-steps forward and 1-step back journey that their development will likely take and go with whatever happens – and we’re thankful that everything has gone as smoothly as it could so far, considering the eagerness with which Smidge and Smudge have made their appearance 🙂

Photos of Smidge and Smudge while still in the neonatal unit. 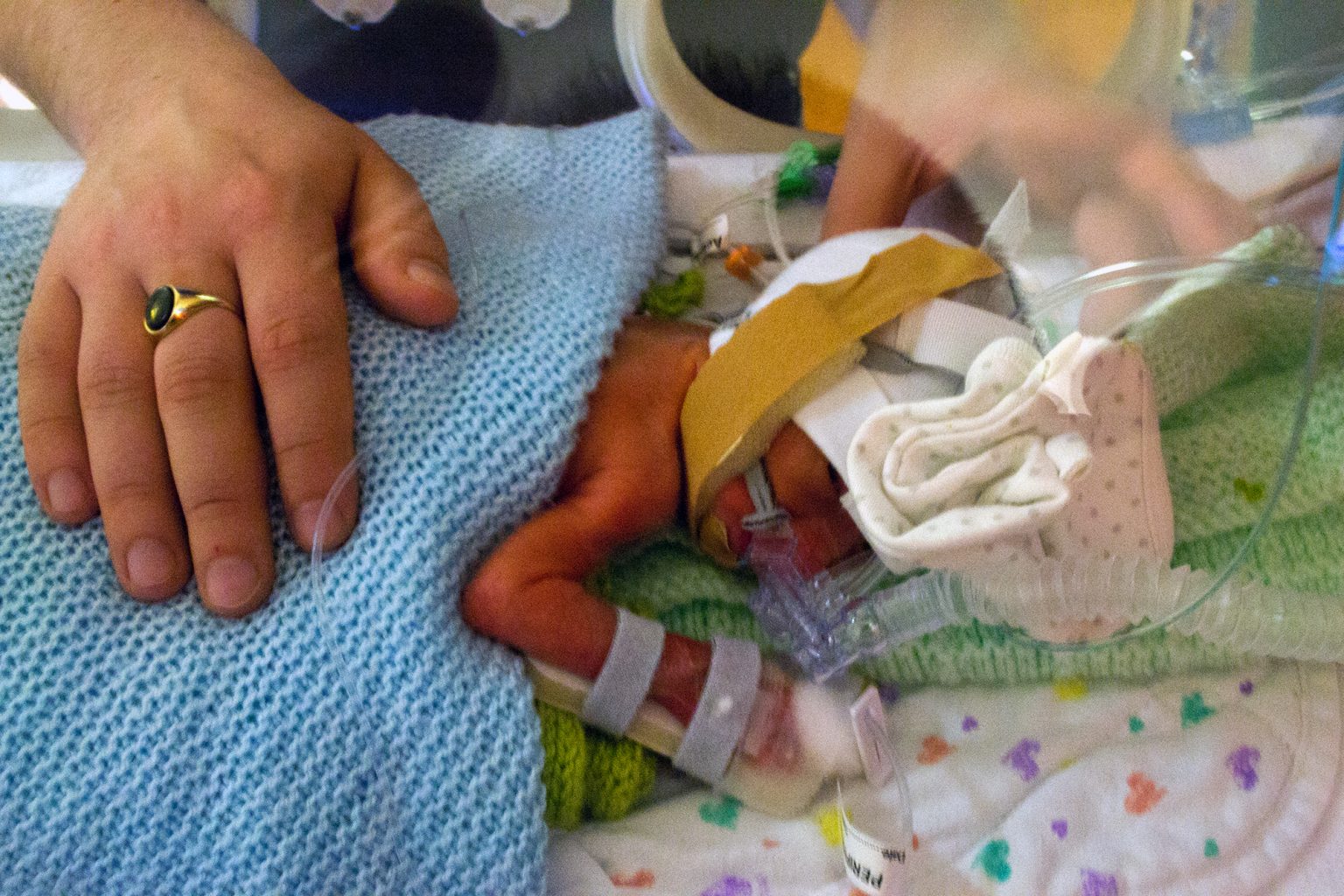 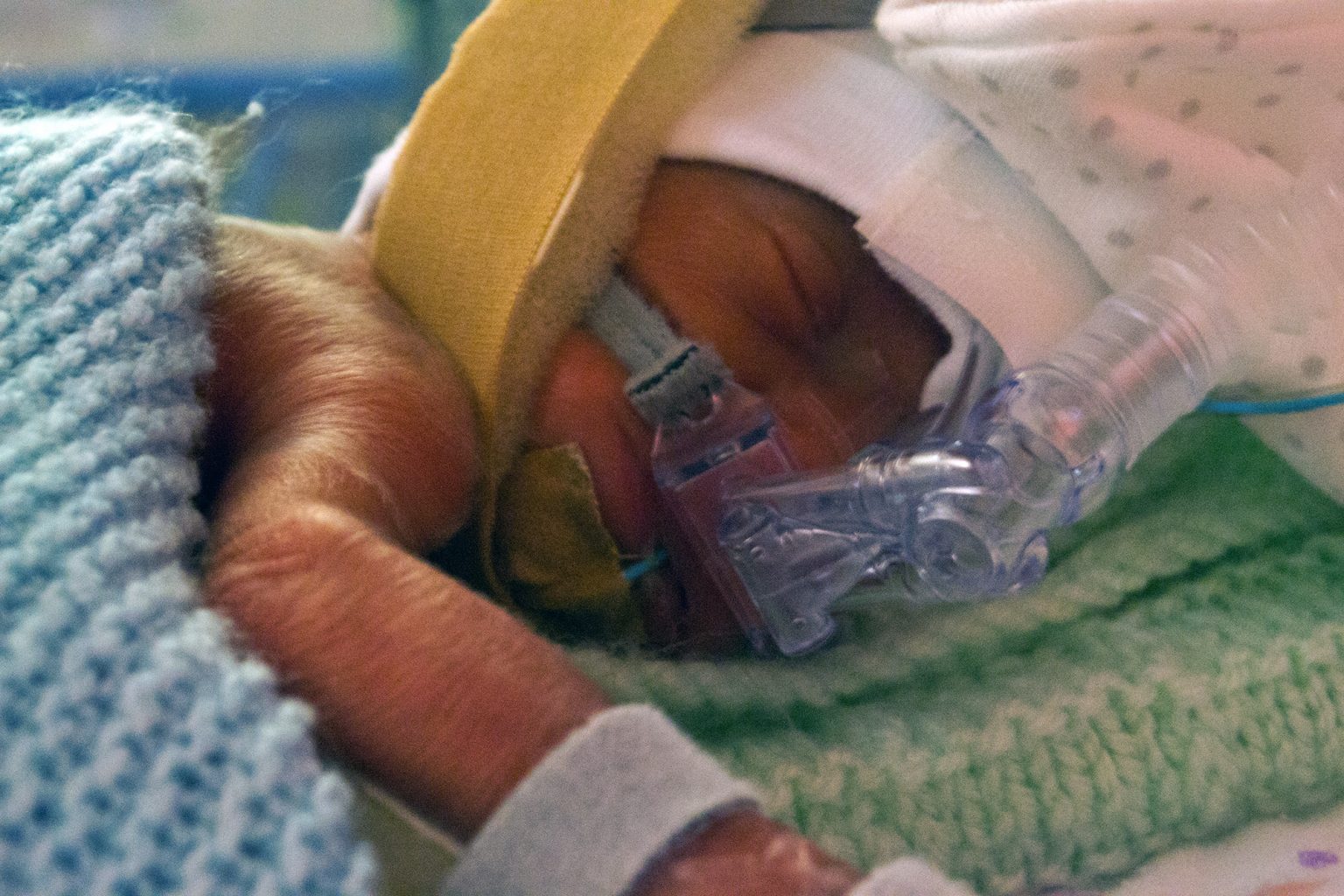 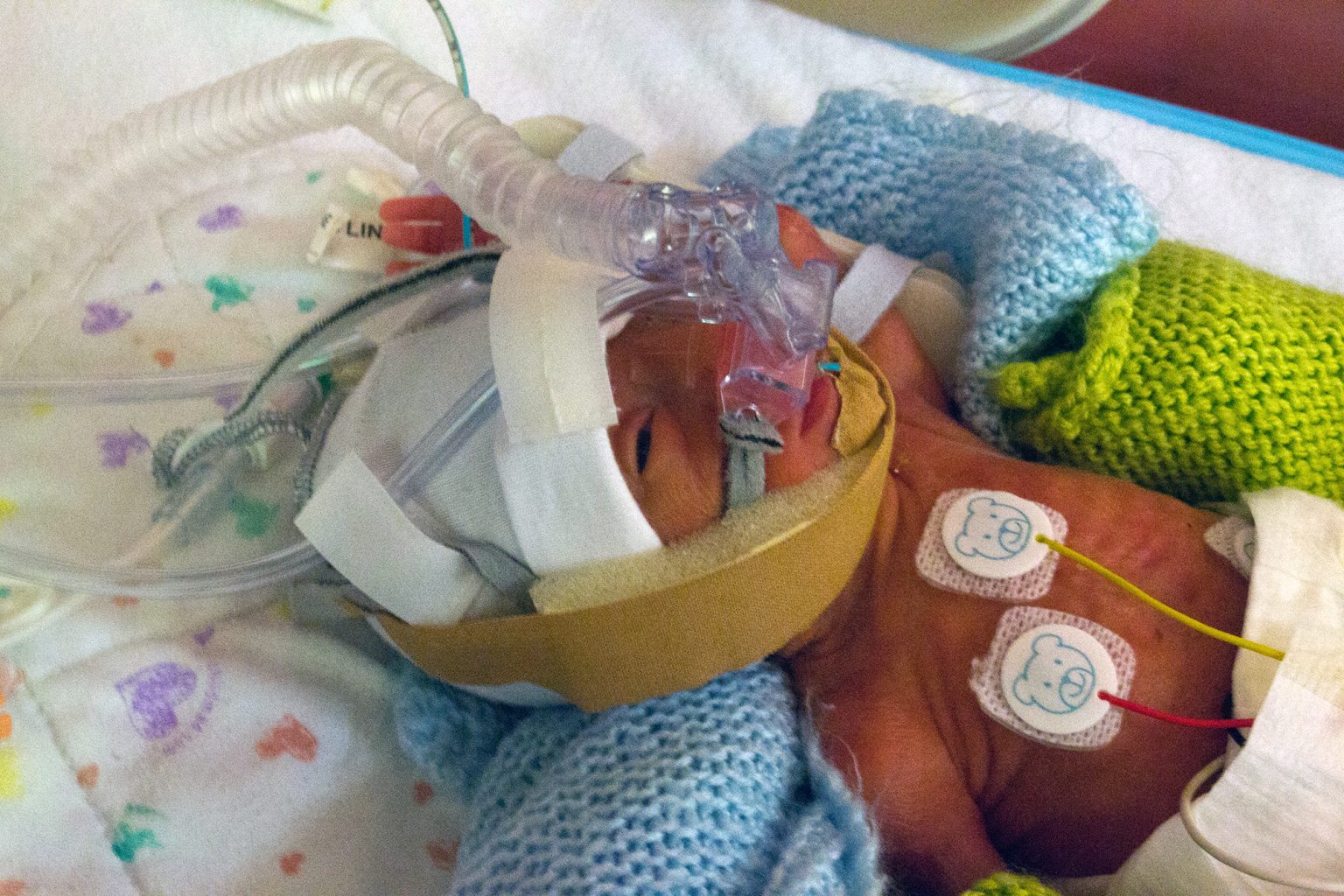 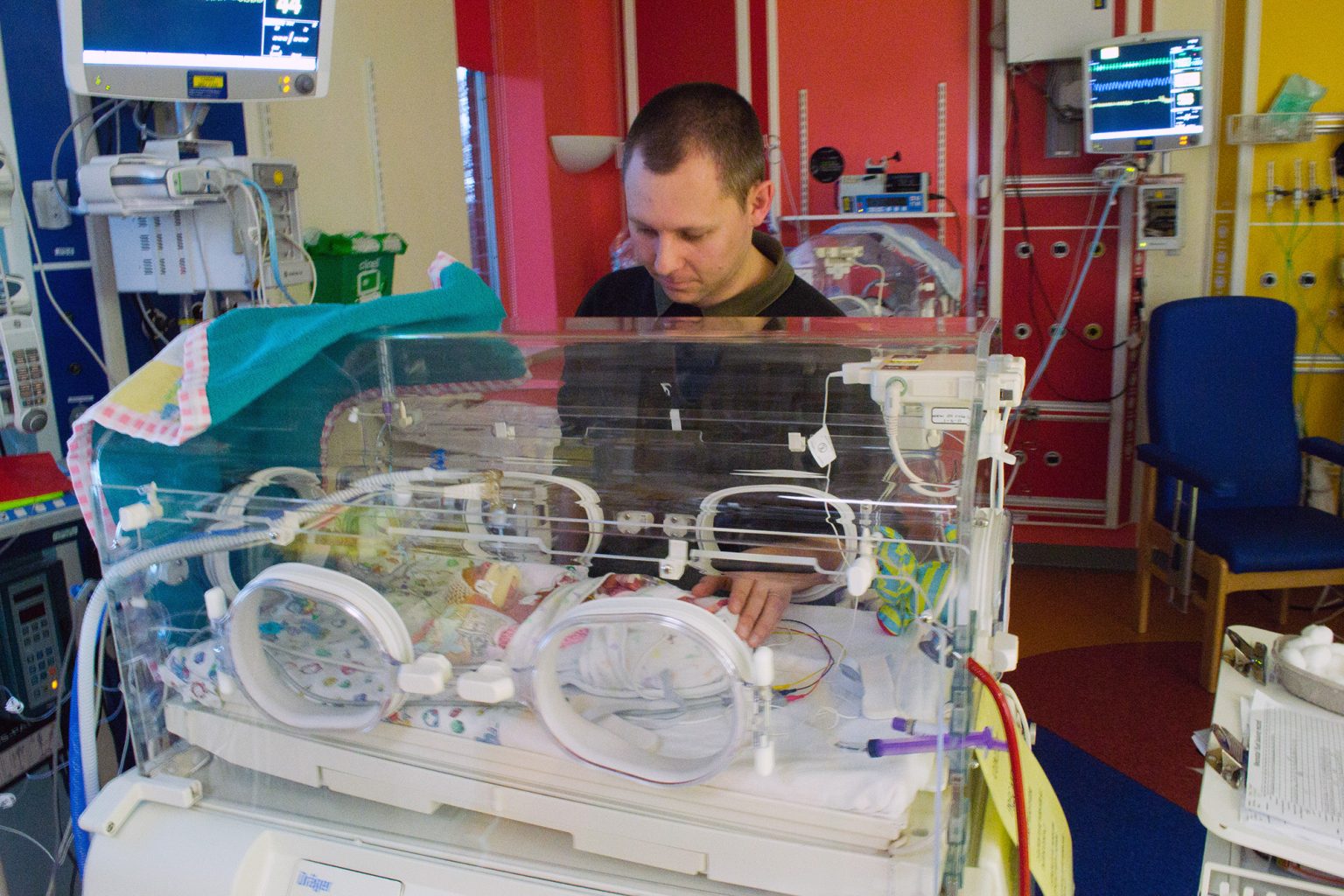 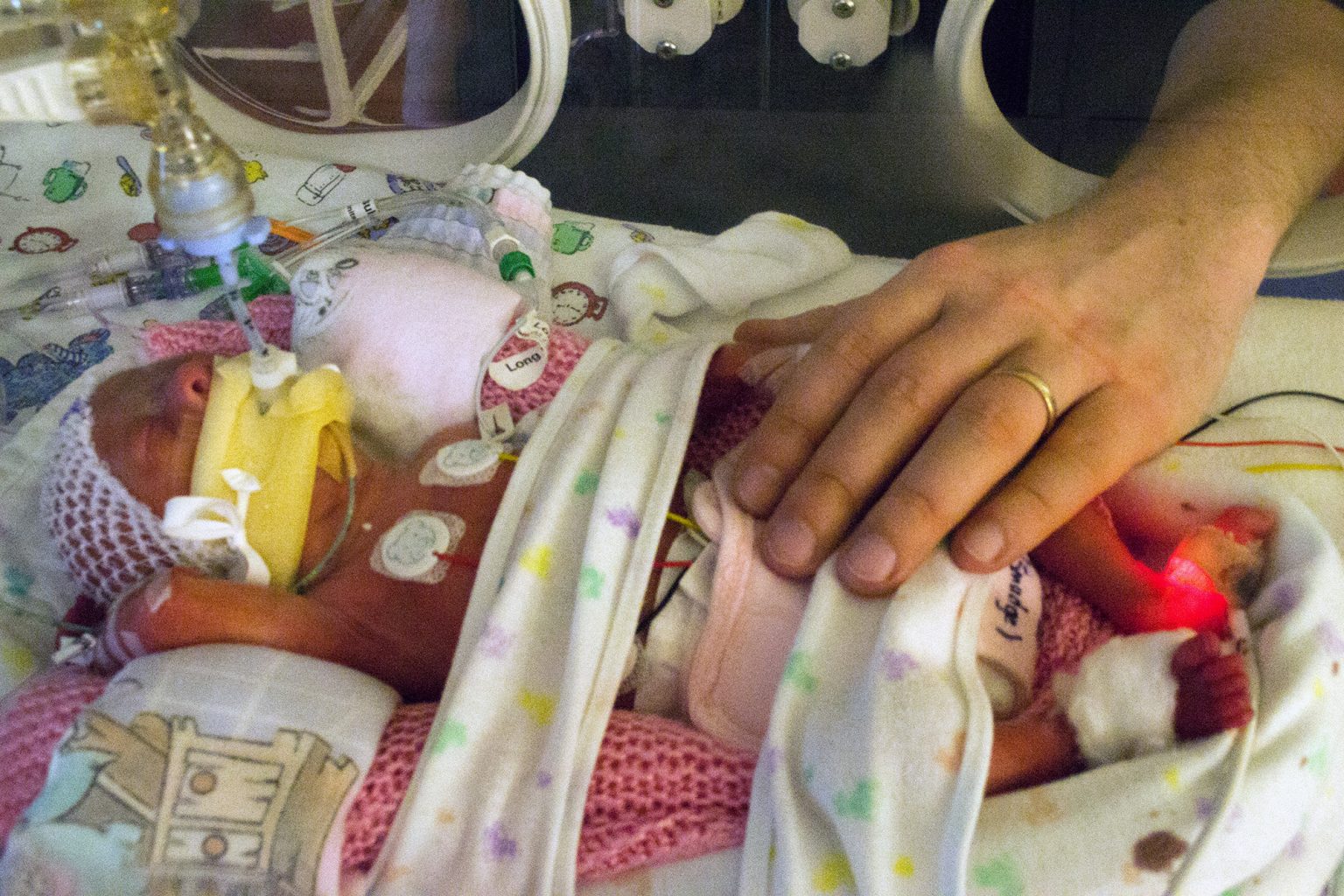 36 responses to “The Arrival of Smidge and Smudge”