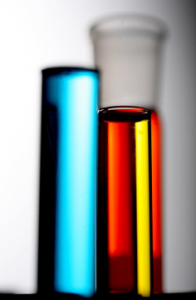 One of the disadvantages of doing scientific research is that you spend and awful lot of time producing not very much, and even then you’ll be met with total indifference from anyone but the tiny band of people working on similar stuff. Frankly, it’s enough to make you to jack it in for a glamorous career in public relations. Still, in recent years, a new career has blossomed that combines both PR and scientific research – and all it will cost you is your principles. Oh, and any respect and credibility you enjoyed from your peers – but what do they matter in PR?

You won’t have failed to notice that increasingly, coverage of science in the media has been reduced to some lazy pillock promoting a formula to determining the most depressing day of the year, or the like. Unlike the grains of knowledge your work painstakingly hacked for the rock face of ignorance, this half-assed piece of invention is splashed all over the papers, radio and TV. So get in on the act -100 times the publicity with 1/100 of the work!It’s a simple process – find something you reckon the dish-clothed brained public care about, bang in some variables (it doesn’t matter what, no one cares), write some nonsense about how important it all is and fire it off to every damn journalist type you know.

You know it’s a pile of junk, they’ll know it’s a pile of junk. You don’t care, they won’t care. It gives them a chance to tick the ‘science’ box without any work, allowing more to be spent on printing Diana conspiracies, daytime radio-phone ins featuring the delusional ranting of people without jobs or celebrity-focussed topical news on TV.

Interested? Here is a proven formula to make your own news-friendly formula for the finding which day of the year is the Xiest:

Despite the appearances, I’m not a bitter researcher in any field, but I do strongly believe that it is important that the populace have an understanding of what science is. I don’t mean the finer details, but the process by which it works. This would, for example, give people the facility to judge the allegations about the MMR vaccine and autism clearly and rationally. PR-driven sci-fluff is a cop out – nothing more than lip service, and mutual blessed-out ignorance between the media and consumer. That’s true of so much of course, but no one was ever blinded when they couldn’t follow the latest twist in Jordan’s marriage.